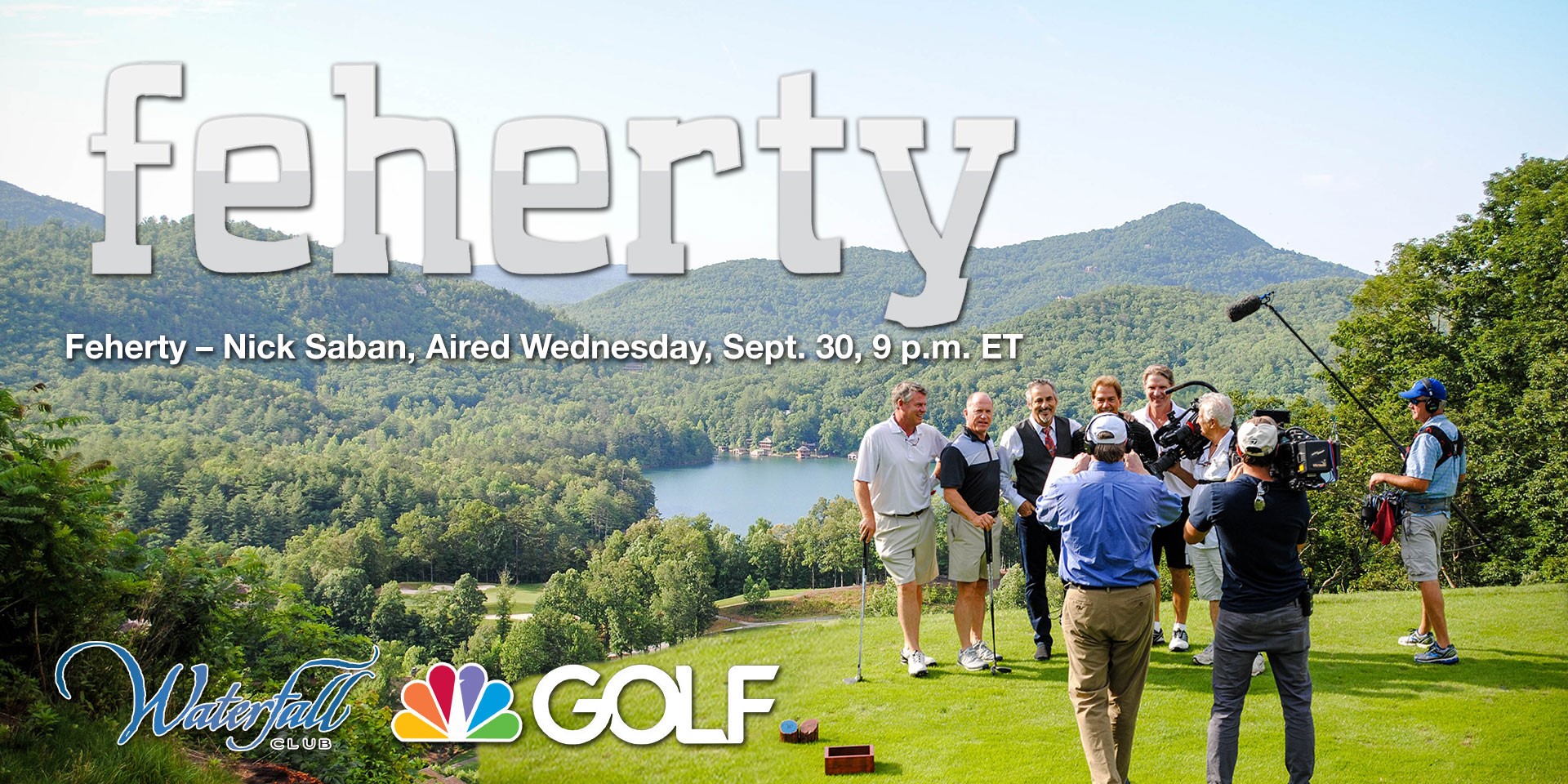 Feherty traveled to Lake Burton in the North Georgia mountains for a sit-down interview with Alabama head football coach Nick Saban. Saban opened up to Feherty on his football coaching philosophy and how he applies life lessons learned from playing the game of golf to molding and shaping his student athletes both on and off the field. They also discussed the influence of Saban’s father, his early career aspiration to be a car dealer, the life lessons learned from Bill Belichick and his difficult two seasons as coach of the Miami Dolphins. Away from the interview, Feherty coaches “The Coach” on the golf course and spent some relaxing time with Saban on his boat and at his Lake Burton summer house.

Emmy-nominated David Feherty, described as “a cross between Oprah Winfrey and Johnny Carson” by The New York Times as host of Golf Channel’s hit, original series, Feherty, conducts interviews both heartfelt and irreverent – a trademark of one of television’s most irrepressible personalities. Earning critical acclaim for his refreshing interviewing style, the self-deprecating Feherty employs his laid back approach when sitting down with the most recognized names in entertainment, politics and sports to bring out laughs and an often seldom seen emotional side from his guests. He also makes a habit of engaging in his guests’ favorite places and activities to help capture the location of each episode.