It’s Going to Be a Great Season at Waterfall Club

This season, we’re celebrating our 20th anniversary, and in recognition of this milestone year we’re gearing up for what promises to be a truly memorable year at Waterfall Club. This off-season, we’ve made a number of enhancements to all areas of the club with the aim of improving the membership experience for all of our members.  A few examples of improvements made this off-season include:

We’re also adding eight new highly-experienced servers to join our team this year on a seasonal basis. This group comes to us from South Florida where they spend the winter months at distinguished private clubs such as Mar a Lago, Glen Eagles and Jonathan’s Landing.

Golf Update
We’re expecting that the golf course will be in its best condition in many years, as we’ve hired two new Assistant Superintendents to help oversee the golf course this season.

We’ve also completed a number of improvement projects that will greatly enhance the overall aesthetics and play-ability of the golf course including:

Facility Update
In an effort to enhance the dining experience, we’ve made a number of improvements to the dining area/operation including:

We’re looking forward to a great season this year at the club and we want your family to be a part of it all!

Join Now & Enjoy a Full Club Season
Take advantage of this window of time to join and enjoy the benefit of a full club season.  For more information on our current new member incentive, complete the form below, or contact Amy Giles at 706.212.4000 or agiles@thewaterfallclub.com

Let us show you to wow!

Golf and social memberships are available in a variety of configurations. Our members enjoy a plethora of amenities and adventures. That is why many consider it a resort within a private club.

Family and multi-generational activities and events

Spectacular lake and mountain views at every turn

Club boat, dock, and kayaks for use on Lake Burton

Concierge to arrange club experiences and adventures outside the gates

Robust social calendar for you to enjoy with family, members, and guests

Clubs within the club. Wine Society, Bridge and Canasta, and Men’s and Ladies’ Golf Associations 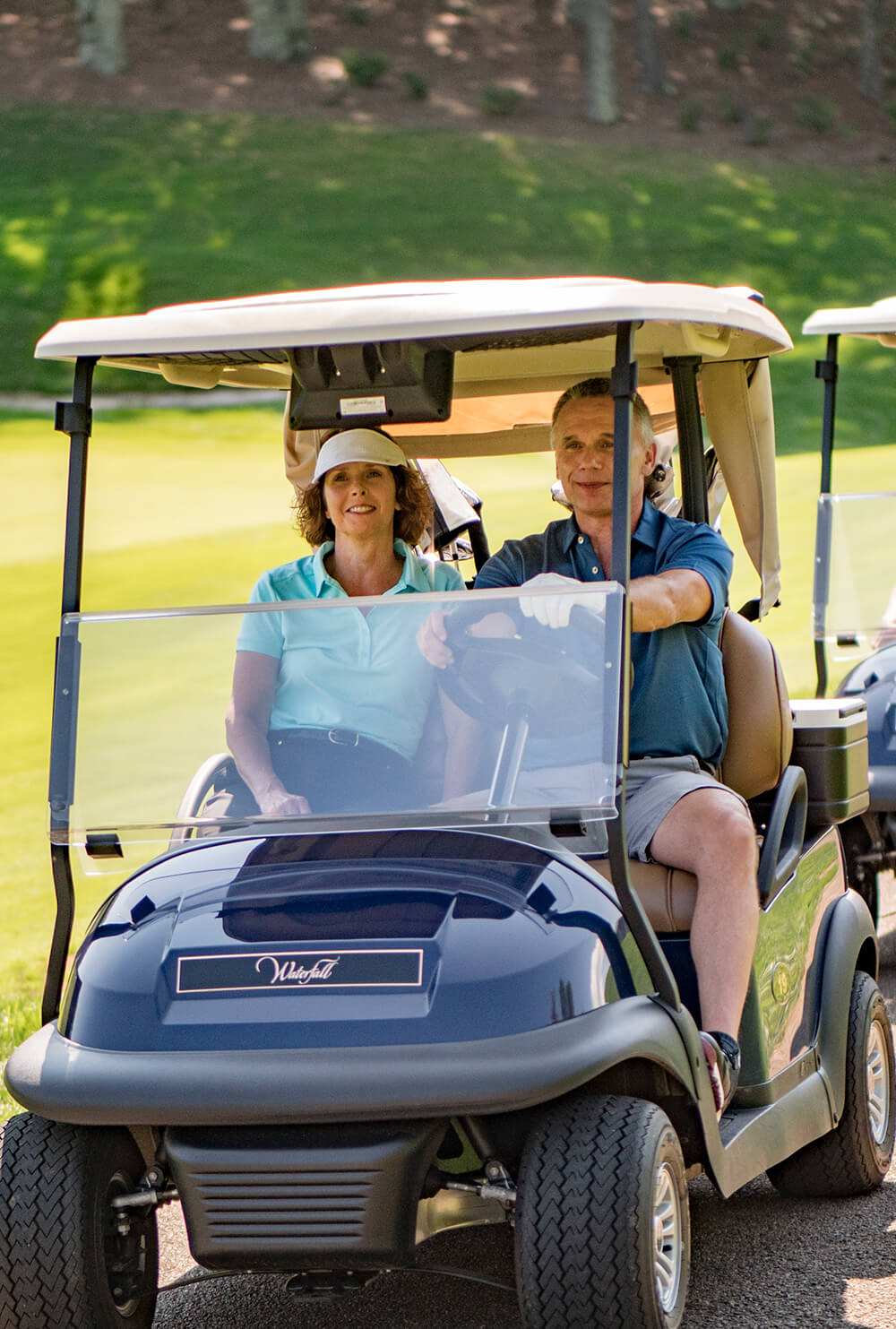 Adventures Beyond The Gates

For our members, we plan and arrange all kinds of additional adventures outside the gate. As your event coordinator, we will plan your day trip, week at the lake, night in town, or even your weekend extravaganza. Waterfall has carefully selected and created partnerships with many local vendors to allow your time away from the club to be filled with fun and adventure. Interested in horseback riding, white water rafting, hiking, zip lining, or a sunset cruise on the lake? This is exactly what the lifestyle coordinator can arrange for you and your guests. Waterfall’s social calendar is rich in choices that are occurring throughout the year including splendid holiday meals, sports parties, theme parties, kids summer camps, charity golf tournaments, member tournaments, wine pairing dinners, and bridge club, to name a few. It all culminates with our annual New Year’s Eve Bash! So, what do you want to do when you become a member?

Waterfall Club members live life beyond expectations. Just 90 miles from Atlanta and overlooking Lake Burton, the Waterfall Club is a refreshing retreat with magniﬁcent mountain and lake views. Members exclusively enjoy the athletic center complete with gym, indoor pool and tennis courts, spa services, ﬁne dining at The Lodge and the southernmost Bentgrass fairways in the country.
WATCH THE VIDEO

Let us show you to wow!